In the 18th and early 19th centuries there existed a group of Gunsmiths working in the “Blue Mountain” region of eastern Pennsylvania. These men were mostly trained in the Germanic style of gun making; and the work that they produced is a direct reflection of the cultural environment in which they lived. The immigrant German people of this region had little desire to purchase highly decorated rifles and fowlers. These were plain people with simple needs. Their requirements were simply a high quality lock and barrel; for dependable service on the Pennsylvania frontier; and the fine lines and sturdy construction on Pennsylvania German long rifle architecture. Many guns were made without buttplates, sideplates, and a ramrod entry pipe. The absence of these parts did not affect the functional capabilities of the gun. Available in 45, 50 & 54 caliber models. The hand of the master is evident in the surviving examples as a silent tribute to the skill and craftsmanship of the men who made them. They remain as examples of beauty in simplicity. 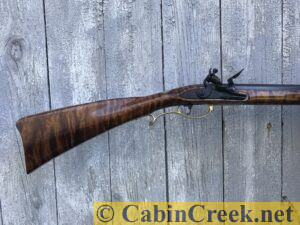 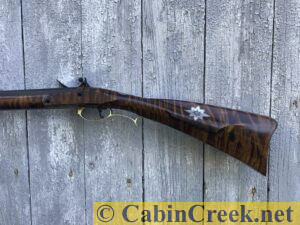 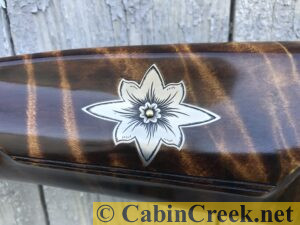 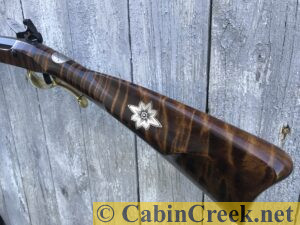